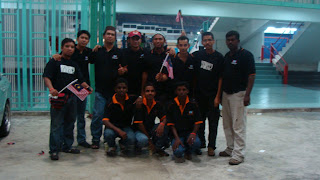 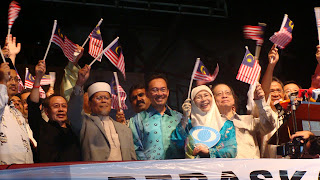 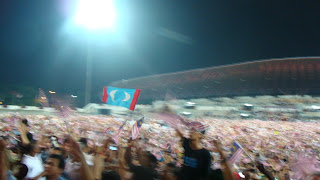 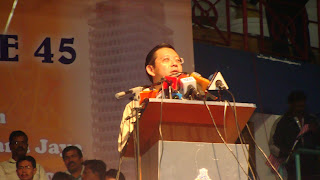 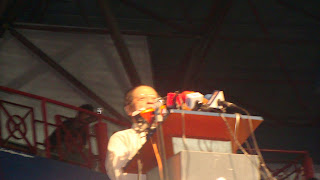 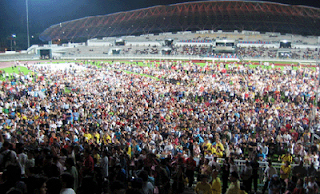 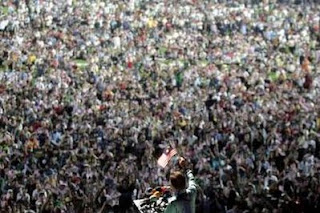 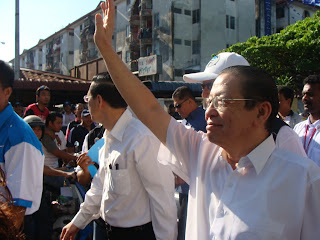 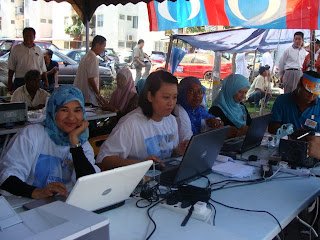 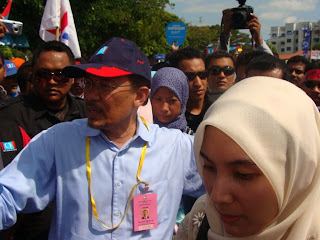 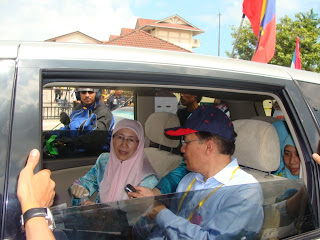 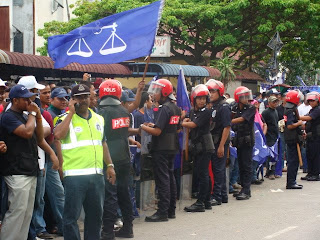 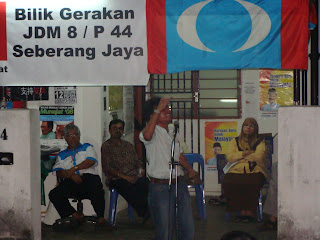 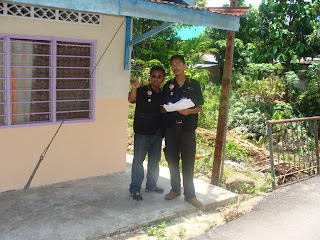 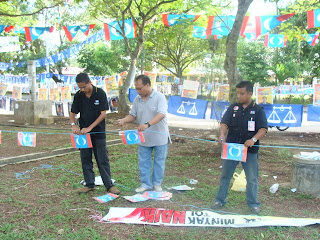 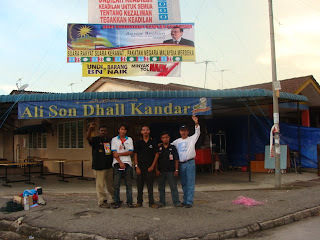 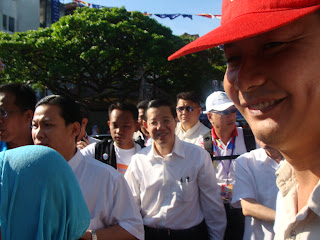 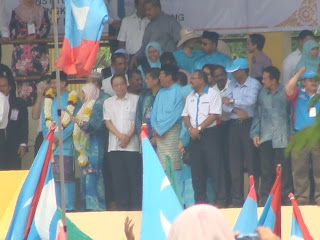 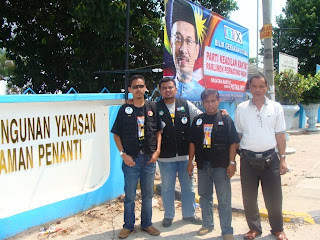 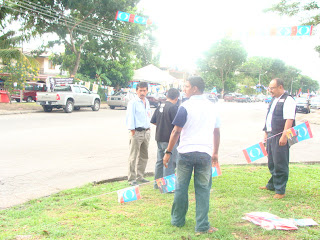 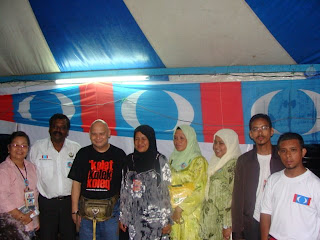 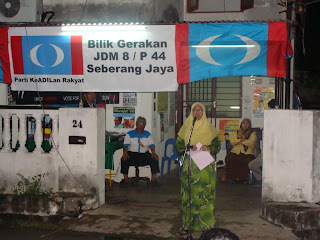 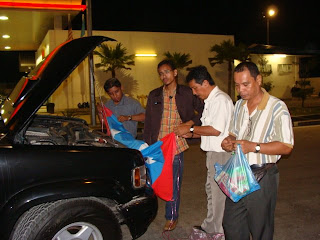 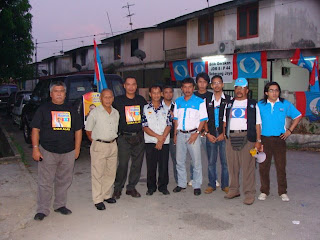 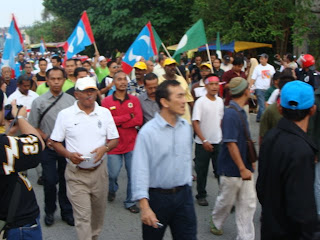 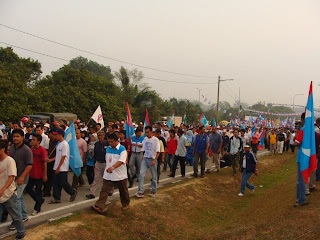 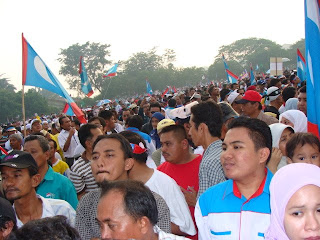 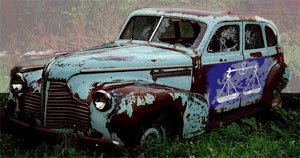 The path to Putrajaya for Anwar Ibrahim began on a very sure footing last Tuesday, August 26, 2008, at Permatang Pauh. His landslide electoral victory was a rousing endorsement of his person and of his leadership. Anwar inspires Malaysians with his promise of new dawn; a new direction for nation that has been drifting in the slumber land of its leader, Abdullah Badawi. Anwar challenges us to think beyond our narrow interest towards a more inclusive anak Malaysia (children of Malaysia). He dares us to aspire for a Malaysia where justice is cherished and corruption banished. He promises us a government that is transparent and efficient, a government that emancipates instead of suppresses its citizens. Most of all, Anwar pledges to the supremacy of citizens, Ketuanan Rakyat.

Malaysians, yearning for a change, responded enthusiastically in Permatang Pauh. It was an evening for Anwar, and deservedly so. This by-election was also a decisive defeat for and a public humiliation of Abdullah Badawi. Permatang Pauh voters saw through the hoax that is his leadership. These are no ordinary Malaysians who have passed this harsh judgment; they are neighbors of Abdullah. He cannot pull wool over their eyes; they easily cut through his borak kosong (empty words). This election marks not only the beginning of the political ascent of Anwar but also the beginning of the end for Abdullah.This was the other clear message from this election. It was badly needed as the earlier one sent by Malaysians last March obviously did not register on Abdullah. Abdullah still deludes himself, and his advisers continue to let him do so, that the March electoral debacle and the Permatang Pauh humiliation were aberrations and not a trend.

This was not a case of Abdullah having eyes that would not see or ears that would not hear, as Mahathir suggested, rather of Abdullah refusing the message.
Dirty Tricks and Bribes Did Not Do It
In this by-election Abdullah and his minions tried all the dirty tricks in their books, and then some. Despite the sleaze, including the obscene and very public desecration of our Holy Quran by their operatives, Abdullah Badawi and Najib Razak failed to drag voters down to their gutter level of politics. Earlier, UMNO Youth Deputy Leader Khairy Jamaluddin brashly predicted that he would bury Anwar’s political career. I wonder what his spin is now that his party’s candidate received fewer votes than the number of registered UMNO members.

Khairy helped dig a grave all right, to bury his father-in-law’s leadership. Khairy has in-law’s flat political learning curve, an affliction they share with the rest of UMNO’s leaders, sparing only a few. The few like Tengku Razaleigh get drowned in the sea of mediocrity.
The leadership of UMNO is today paralyzed. In the past when the party faced serious challenges as in 1969 following the race riots and again in 1987 when the party was deregistered following a divisive leadership challenge, it was fortunate to have decisive and intelligent leaders. Today they have a listless leader who could not even decide what tie to wear.
UMNO under Abdullah is incapable of renewing itself; the implosion of UMNO has begun. The cacophony we are now hearing is nothing more than the howling of jackals fighting over UMNO’s carcass. That is bad for Abdullah, UMNO and Barisan Nasional, but great for Anwar, PKR and Pakatan Rakyat. Most of all it is great for Malaysia and Malaysians. That is splendid enough reason for celebration.

Abdullah-Najib Duo On Trial
Contrary to the pundits’ pontifications, Anwar’s path to Putrajaya will be smooth and fast. Anwar’s challenge is not in getting there but what he should do once he gets there.
The machinery of state he will be inheriting is precariously out of gas, badly in need of a major overhaul, and had been recklessly driven by an incompetent operator. Bringing it back to roadworthiness will be a major undertaking, let alone making it race-ready.
Anwar’s goal must be to get that statecraft ready for the great race. That should be his focus. He should not settle for anything less. The temptation when the going gets tough would be to compare himself with Abdullah. That would be setting the bar too low.
Anwar’s top if not only priority must be to restore our institutions now wrecked by the twin blights of corruption and incompetence. That should occupy him for at least a decade.

Contrary to the prevailing wisdom, the trial over Saiful’s allegation of being sodomized will not in the least stop or even slow Anwar. Instead, like the earlier trial a decade ago, it will expose the corruption and incompetence of the police force, the prosecutor’s office, and ultimately the Abdullah Administration.
We are already feeling the bracing effect of this fresh wind that is Anwar. The judge in the preliminary hearing demonstrated her judicial wisdom by granting Anwar a modest bail in what otherwise is a no-bail charge. She also denied the prosecutor’s request to impound his passport. A few years ago such expressions of independence from the bench would have been unheard of.
A comedian once quipped that the difference between rape and seduction is salesmanship. I would extend that humorous though insensitive line to consensual versus non-consensual sodomy. When that trial is over, it will dawn upon Malaysians that it is us who had been sodomized by Abdullah and his ilk while we were being seduced by his seemingly pious sermons.

When that moment of realization arrives, Abdullah and his minions will bear the full fury of the wrath of Malaysians. And they would deserve it.
That however should be the least of the concerns confronting Anwar once he is in Putrajaya.
Di Laporkan Oleh AJAI- Admin No comments: